Hugo De Stoop, CFO of Euronav said: “There are positive signals from the tanker market at present. Firstly, Euronav delivered VLCC rates of USD 35,000 per day (same as Q4) despite 1.2m bpd OPEC cuts and 28 new VLCC equivalents entering the global fleet during Q1. Secondly, US crude exports are running around 30% higher year on year. Thirdly, asset prices which historically have been a key valuation indicator for investors, continue to rise in both new build and secondhand values.

Refinery maintenance programs are more detailed and more prolonged this year than previous years and are likely to bring seasonal freight rate pressure forward to the second quarter. However, with increased cargo supply expected in the second half along with reduced tanker capacity from IMO induced retrofitting and potentially more Iranian vessels leaving the trading fleet, the outlook for the second half is encouraging.” 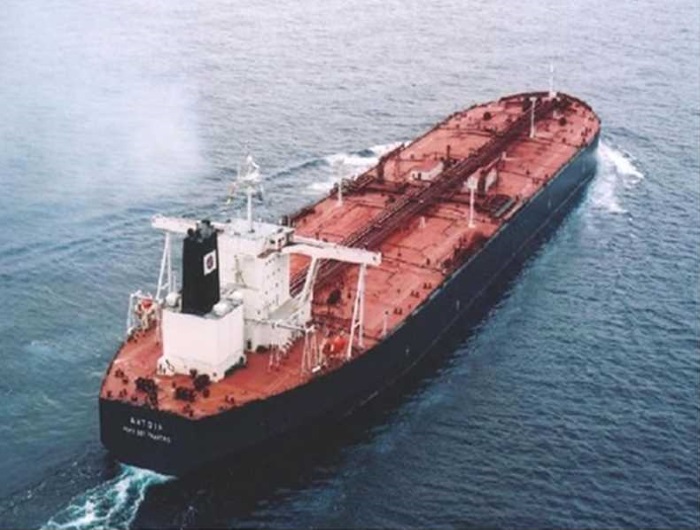 The average daily time charter equivalent rates (TCE, a non IFRS-measure) can be summarized as follows:

On 9 January 2019 Euronav delivered the Suezmax vessel Felicity (2009 – 157,667 dwt) to a global supplier and operator of offshore floating platforms in accordance with a sale agreement dated 31 October 2018. A capital loss on the sale of approximately USD 3.0 million has been recorded in Q4 2018. The cash generated on this transaction after repayment of debt will be USD 34.7 million. The vessel will be converted into an FPSO and therefore leave the worldwide trading fleet.

On 11 February 2019 Euronav entered into a sale agreement regarding the LR1 Genmar Compatriot (2004 – 72,768 dwt) for USD 6.75 million. The Company will record a capital gain of approximately USD 0.4 million in the second quarter. The LR1 Genmar Compatriot joined the Euronav fleet as part of the Gener8 merger in June 2018 and was always a non-core asset to the Company. The vessel will be delivered to her new owners in the course of May 2019.

The depreciation charge altered during Q1 as a result of applying the new accounting standard of IFRS 16 (applicable as of Jan 1, 2019) with the key difference coming from the four VLCCs which were part of a sale and leaseback agreement in December 2016 at that time an off-balance sheet transaction which is now returning on Euronav’s balance sheet and will give additional quarterly depreciations of USD 7.2M.

As part of its capital allocation strategy, Euronav has the option of buying its own shares back should the Board and Management believe that there is a substantial value disconnect between the share price and the real value of the Company. This return of capital is in addition to the fixed dividend of USD 0.12 per share paid each year. The Company started buying back shares on Euronext Brussels opportunistically on 19 December 2018. The table below provides an overview of the share purchases which the Company did in the first quarter of 2019.

Euronav may continue to buy back its own shares opportunistically. The extent to which it does and the timing of these purchases, will depend upon a variety of factors, including market conditions, regulatory requirements and other corporate considerations.

The Company retained around USD 785 million of liquidity as at the end of March 2019.

In January 2019 Euronav has been included, for the second consecutive time, in the Bloomberg International Gender-Equality Index (“GEI”). The reference index measures gender equality across internal company statistics, employee policies, external community support and engagement, and gender-conscious product offerings. The GEI is voluntary and has no associated costs. The index is not ranked.

The Board and Management of Euronav are proposing to pay a final cash dividend of USD 6c per share subject to shareholder approval at the AGM on 9 May 2019. This payment covers the second half of the financial year to December 2018. This payment is part of Euronav’s minimum fixed dividend policy of USD 12c per year.

Therefore, the Company will have returned for the second half of 2018 a total of USD
17.1 million comprising a cash dividend of USD 13.2 million (6c per share) and USD 3.9 million (1.5c per share) in the form of share buyback that took place in December 2018. Euronav has subsequently returned an additional USD 16.4 million (equivalent to USD 7c per share) to shareholders so far during calendar 2019 in the form of share buyback. This return of value should be considered as part of the total return to shareholders in addition to the fixed cash dividend. Our fixed dividend policy of paying a cash dividend of USD 12c per share per annum remains in place. Any subsequent returns via either share buyback or additional cash dividends will be at the discretion of the Board and Management reflecting the tanker market outlook and cash earnings.

Taking into account the gross dividend of USD 0.06 per share already paid in October 2018, a balance of a gross amount of USD 0.06 per share will be payable as from 24 May 2019. The share will trade ex-dividend as from 15 May 2019 (record date 16 May 2019). The dividend to holders of Euronav shares listed and tradeable on Euronext Brussels will be paid in EUR at the USD/EUR exchange rate of the record date.

NEW CEO BUT NO CHANGE TO STRATEGY

On 4 February 2019 Euronav’s CEO Paddy Rodgers announced his decision to step down from his role as CEO during 2019. Following a search and assessment process in cooperation with an international executive search recruitment firm, the CFO Hugo De Stoop was selected to succeed Paddy Rodgers as CEO of the Company, effective as from
9 May 2019. The Company has now started a search for a new CFO and will report progress on this search when appropriate.

Hugo De Stoop (Belgian, 1973) joined Euronav in September 2004 and was appointed Deputy CFO and Head of Investor Relations. He was nominated CFO as of January 2008, since when he has demonstrated sound involvement in strategic decision-making at Euronav. He has completed several acquisitions, including the counter-cyclical merger with Gener8 Maritime in 2018, and successfully led the Euronav IPO on the NYSE in 2015. Hugo also brings to his new role a vast experience with financial markets and investors, as well as interactions with Boards of Directors, in an international context.

First quarter 2019 proved to be an unusual and largely resilient one for the large crude tanker sector. The OPEC production cuts of 1.2m bpd announced in Q4 2018 impacted Q1 trading and represents around 3% of the crude which is seaborne each day. Nearly
30 VLCC equivalents were delivered to the global fleet during the same period – an increase of 3% in fleet supply. Despite this demand reduction and increase in supply – the “level” or freight rates in VLCC terms were resilient posting USD 35,000 per day – equivalent to that delivered in Q4 2018. VLCC rates in particular enjoyed a counter seasonal rally during February and March.

The continued growth of US crude exports continues to have multiple but positive ramifications for the tanker sector. The majority of this export is transporting long haul (Asia, Europe) which is absorbing a high level of tonnage. These vessels are often then ballasting (i.e. empty) to the Atlantic basin further increasing the “stretch” of the global
fleet. This expansion is driving a “two-tier” freight rate market with tonnage, primarily in the VLCC space, between the Atlantic and Middle East freight markets.

Asset prices continue to rise with the major categories of new build, 5, 10 and 15 year old VLCC and Suezmax vessels all rising in value during Q1 compared to the previous quarter (source: Clarksons). The key focus of this rise has been on second hand tonnage. This is important as historically tanker equity values have had a stronger correlation with asset prices than earnings.

After a record year of recycling during 2018 activity was expected to be less active and this has proven to be the case with only one VLCC and a single Suezmax removed from the global fleet during Q1 2019. With improved freight rates year on year and a vibrant market for older tonnage, based on potential fuel oil storage opportunities around IMO 2020 disruption, such a slowdown in recycling is to be expected in the short term. However with the average fleet age for both VLCC and Suezmax fleets now around 10 years and a sizeable proportion of the fleet over 17 years of age (13% VLCC, 11% Suezmax) the pressure to recycle will remain elevated for owners of such tonnage.

The resilience of freight rates during Q1 is an encouraging signal. However the dynamic of the tanker market will be to expect some seasonal freight rate weakness during the spring/summer period as fewer barrels are moved to accommodate refinery maintenance programs. It is anticipated however that this seasonal pressure will be shorter than usual as a number of headwinds give way to tailwinds during the second half onwards.

Underlying demand remains robust with IEA maintaining their forecast above longer term trend growth at 1.4m bpd for 2019. Oil supply should expand as increased exports from the US and Brazil replace lost OPEC barrels. The global refinery complex is forecast to reduce its maintenance programs for the second half of 2019 as it gears up for the imposition of IMO 2020 in January next year thus boosting second half year crude demand.

We expect vessel supply to be disrupted by IMO motivated retrofitting of scrubbers with VLCC and Suezmax tankers each expected to be absent from the market during this retrofit process reducing fleet capacity by potentially up to 2% (source: Pareto). In addition to this, there is the potential for more Iranian VLCC vessels to be removed from the fleet depending on the scope of US waivers and their renewal from May 2019.

2019-05-01
hellenicshippingnews..
Previous: Strasbourg Convention of 2012 on the Limitation of Liability in Inland Navigation (CLNI 2012) – New Limitation Regime
Next: A Fleet of Tankers Is Hoarding Oil for a Gathering Storm