Goodbulk Ltd. Says Dry Bulk Fleet Growth Is Contained But It Is A Fine Balance With Demand In 2019

GoodBulk Ltd., a leading owner and operator of dry bulk vessels, announced its financial results for the first quarter of 2019.

Recent Developments
• Declared its fifth consecutive regular quarterly cash dividend of $0.34 per common share, resulting in cumulative dividend distributions of $1.20 per share, or 10.9% of the Company’s initial offering on the Norwegian OTC in March 2017.

GoodBulk is a leading owner of dry bulk vessels executing a strategy combining low financial leverage with active portfolio management to optimize operational leverage to the dry bulk freight market. This strategy has resulted in GoodBulk announcing its eighth consecutive profitable quarter, with $2.6 million of net profit ($0.09 per share) on revenue and other income of $47.6 million, for the three months ended 31 March, 2019. The Company’s strict financial discipline resulted in industry leading general and administrative expenses of $307 per vessel per day. As a result, the Board of Directors approved a cash dividend of $0.34 per share.

During the first quarter of 2019 the dry cargo market was heavily impacted by a reduction in the amount of iron ore cargoes in the market resulting from the dam breach at iron ore miner Vale’s operations in Brazil, a severe cyclone in Australia, and a fire at iron ore miner Rio Tinto’s port operations. Coal imports into China also saw a decline due to import restrictions, warmer temperatures, high stockpiles and more hydropower production. 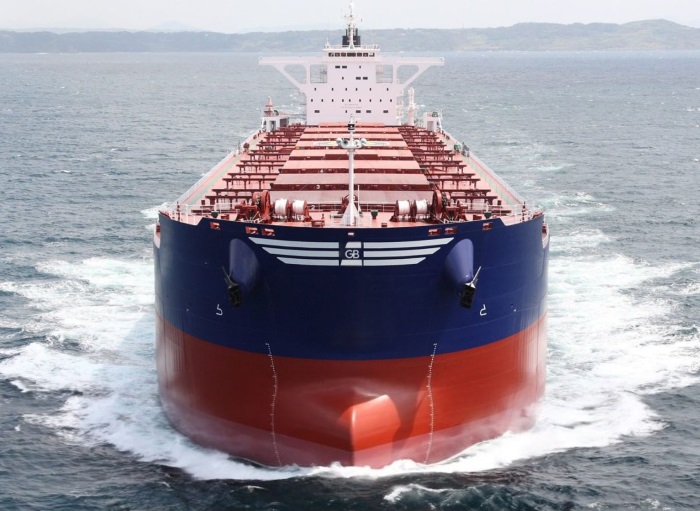 The Capesize index averaged $8,740 per day in the first quarter of 2019, 32.6% less compared to $12,962 per day during the first quarter of 2018. Capesize rates declined rapidly over the quarter with rates in January at highs of $16,000 per day before falling to $3,460 per day on 2 April 2019 – the lowest time charter average reported by the Baltic Exchange since April 2016. In the second quarter to date, Capesize rates have begun to recover from recent lows (as of 3 May 2019 the Baltic Capesize average time charter rate stands at $11,182 per day) largely on the back of a recovery in iron ore export volumes from Australia, positive sentiment following the reopening of Vale’s Brucutu mine, fewer Capesize vessels available in the Atlantic, and congestion at major loading ports as well as some discharge locations in China. The weak market environment has seen 18 Capesize vessels of 3.4 million deadweight scrapped in the January to 2 April 2019 period compared to 18 Capesize vessels of 3.1 million deadweight scrapped in the whole of 2018.

China’s support to its economy through cuts in banks’ reserve requirement ratios and tax cuts are already having a supportive impact and we expect this will continue in 2019. The development of the dry cargo freight market in 2019 will highly depend on the iron ore trade and developments in Brazil, Chinese government policies especially regarding coal imports and trade relations with the USA, by the upcoming implementation of IMO 2020 regulations and fleet growth. We expect that the approaching IMO 2020 regulations will be a disruptor to the market and a good amount of tonnage days will be exiting the market for preparations in relation to tank cleaning, scrubber installations including associated days for deviations for the installations as well as for bunkering with compliant fuels. Fleet growth is contained but it is a fine balance with demand in 2019 and the aforementioned items will be the key ones to watch.

Results of Operations
First Quarter 2019
For the three months ended 31 March 2019, the Company reported revenues and net other operating income (expenses) of $47.6 million, and net income of $2.6 million generating EPS of $0.09 based on 29,998,428 weighted average number of shares outstanding. This result compares with a gain of $9.0 million for the first quarter of 2018, which included a $5.4 million gain from disposal of assets. Ship ownership days were 2,430 in the first quarter of 2019, higher than 1,737 in the first quarter of 2018. In 2019 ownership days are expected to increase to an estimated 9,855, from 8,701 in 2018, as all of GoodBulk’s previously announced acquisitions and dispositions have been completed.