The tanker market is having to cope with yet another Libyan crisis and its effect in the flow of crude oil cargoes from the Northern African country. In its latest weekly report, shipbroker Gibson said that “yet again, global crude production has taken a major hit. Late last week forces loyal to the Libyan National Army (LNA) began shutting down oil ports along the Libyan coast. Latest reports suggest that almost all of Libya’s production has been taken offline as ports remain blockaded and storage tanks begin to fill”.

According to the shipbroker, “the latest available information suggests that crude exports have ceased from Marsa Al Hariga, Zueitina, Marsa El Brega, Ras Lanuf and Es Sider. Only the offshore terminals of Bouri and Farwah are reported to be operational, whilst some exports from Zawia and Mellitah have been observed this week, despite pipeline closures. So far, Libya’s National Oil Company (NOC) has confirmed that the oil fields of El Feel (90,000 b/d) and Sharara (300,000 b/d) have been forced to shut in production due to limited storage capacity. NOC has not explicitly mentioned other fields, although it has confirmed that production has fallen from 1.3 million b/d to 400,000 b/d and could soon fall to as low as 72,000 b/d – which would mark the lowest since 2011 when production briefly stopped during the civil war”. 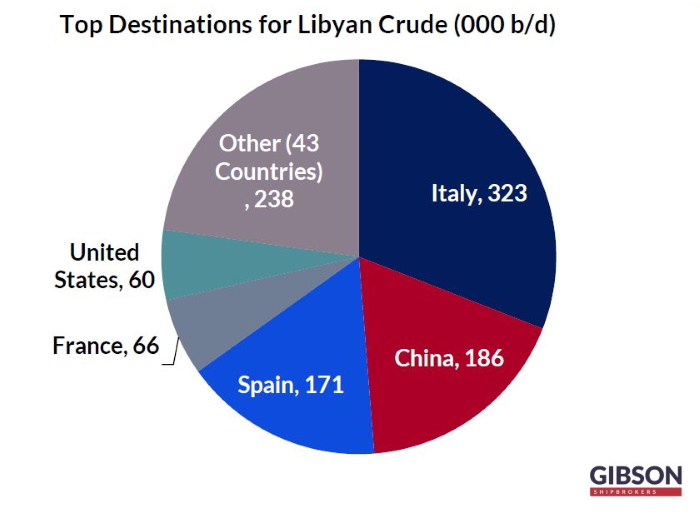 Meanwhile, Gibson added that “the biggest uncertainty is how long Libya’s main export terminals will remain closed. Until the crisis is resolved, Mediterranean crude loadings are expected to fall, and regional freight rates may take a hit depending on how long the current situation lasts. However, tankers loading in other regions could benefit from a substitution effect. Regional refiners are expected to source alternative crude from the United States, West Africa and North West Europe, supporting longer haul Aframax and Suezmax movements. However, regional demand for Black Sea loading crudes could also compete with long haul buyers East of Suez”.

It added that “despite the substitution effect, oil prices and demand may be tempered by pending refinery maintenance season in Europe. Refinery runs in Europe are expected to fall by 400,000 b/d from January to March, easing supply concerns among those refiners scheduling maintenance, whilst French strikes have also lowered runs. As such, although more long-haul trade could emerge, the effect in the short term is likely to be muted”. 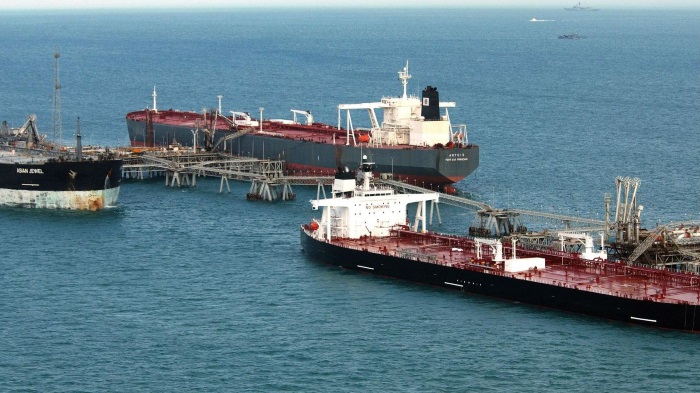 However, “many expect the current disruption to be short lived given no one benefits if no oil income is received. However, the current political situation is complex. A series of meetings over the past month have tried and failed to resolve the growing crisis. A long planned summit took place in Berlin last weekend and was attended by representatives from Turkey, Russia, Egypt, France, Italy, the United Kingdom, the United States, the UAE, Algeria, China, the Republic of the Congo, the United Nations, European Union and African Union. Word leaders agreed action to de-escalate the conflict; however, it currently looks to have had little or no impact. If anything, tensions appear to have escalated”, Gibson said. 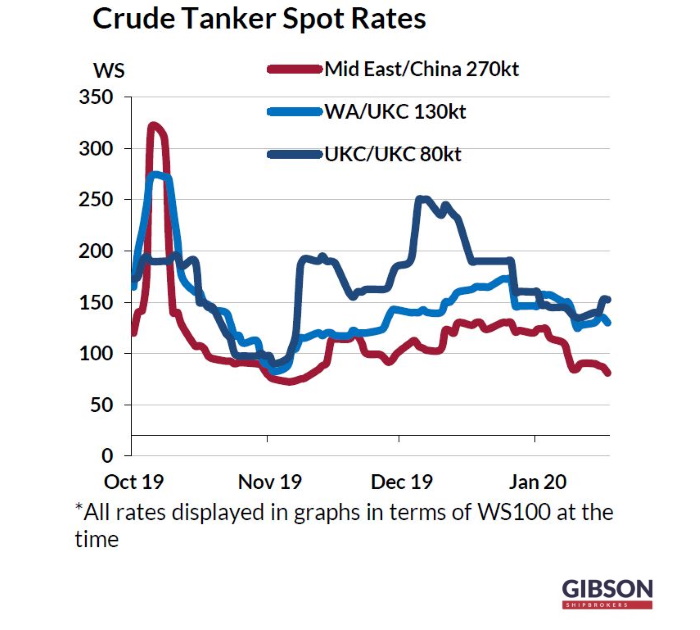 The shipbroker concluded that “looking ahead, it is difficult to say when Libyan crude production will return. Output and exports could be swiftly restored, as has been the case in the past. However, if the disruption continues beyond refinery maintenance season, then the market impact will be more disruptive and changes in trade flows more apparent”.
Nikos Roussanoglou, Hellenic Shipping News Worldwide

Previous: The New “Wuhan” Coronavirus – Issues and Effects in the Shipping Market
Next: Tanker Market Rates 27/01/2020