New refining complexes in East Africa could be a boost for tankers owners moving forward. In its latest weekly report, shipbroker Gibson said that “late last week, an explosion at South Africa’s second largest refinery cast focus firmly on the East and South African refined products market. Engen’s 120,000 b/d Durban refinery is small by modern standards but combined with the ongoing outage at Astron Energy’s Cape Town plant (100,000 b/d), the nation’s product balances have moved more sharply into deficit. Overall imports into South Africa stood at just 165,000 b/d in 2019, indicating how small a role the country plays in the global products market. Imports have increased to about 185,000 b/d for the year to date, with higher imports needed to cover Astron’s outage. However, the impact of the Cape Town incident was muted by weaker demand in the wake of covid-19. Now, with Engen’s refinery out of action in addition to Astron’s, the easing of lockdown measures and a $26bn government stimuluspackage, South Africa’s petroleum consumption (and with that import demand) is setto rise”. 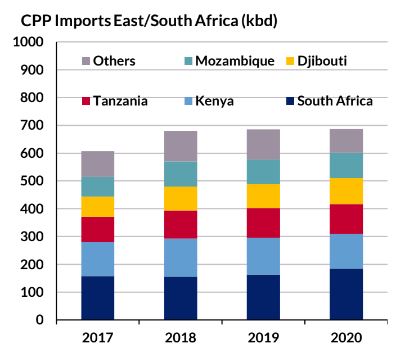 According to Gibson, “it is not yet known for how long Engen’s refinery will be offline, but the company had been considering its future before the latest outage and was evaluating converting the facility into an import and storage terminal by 2023, a decision which may now be accelerated. Astron’s Cape Town plant is planning to return however, although a series of delays are likely push this back into 2021. Plans are in place to develop a new refinery in South Africa. The government has been working with Saudi Aramco to explore developing a greenfield refinery at Richards Bay. Yet, with the project still very much in its infancy, it will do little to address the nation’s needs in the short to medium term. If Engen’s facility fails to return, the country will be increasingly import dependent for much of the decade”. 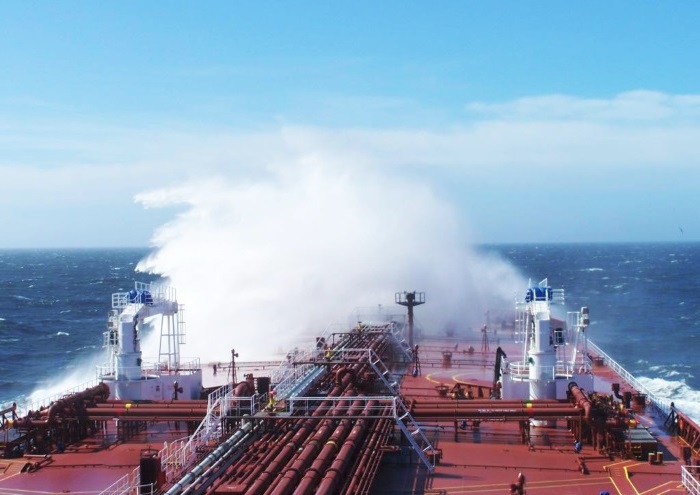 The shipbroker added that “beyond South Africa, the wider East African region is an important export market, particularly for Middle East refiners who hold the largest market share. Collectively the region imported nearly 700,000 b/d of refined products in 2020. Import volumes this year may have been stunted by the pandemic but growth should resume in 2021 as the region develops, although geopolitical risk is rising. It is also important to look beyond the coastal states when assessing demand. Landlocked markets in Ethiopia, South Sudan, Uganda and Zimbabwe (among others) import products through the key East African ports of Djibouti, Dar es Salaam and Mombasa. However, some of these inland markets are seeking to develop their own refining capacity. South Sudan is expected to bring online a small 8,000 b/d refinery next year and plans to construct a 25-40,000 b/d plant by 2025, whilst Uganda plans to take FID on the 60,000 b/d Albertin Graben refinery in 2022”.

Gibson concluded that “ultimately, the region remains a small but important (and growing) source of demand for product tankers. Refining capacity additions are challenging, whilst much of the existing infrastructure is ageing. In the short term, product imports are set to rise until some of the larger projects, such as the potential Richards Bay project, come to fruition”, the shipbroker concluded.
Nikos Roussanoglou, Hellenic Shipping News Worldwide