Container xChange, world’s leading neutral online platform for container logistics, has published data on inbound and outbound containers at the US West Coast ports – ports of Los Angeles and Long Beach as demand surges and retailers pile up stock ahead of the holiday season.

“Our CAx (container availability index) data reveals 60% increase in the inbound outbound ratio at the ports of US West Coast, surpassing the pre-covid levels, indicating that there is excessive stress on the ports, and therefore indicating further congestion is expected in the coming months as we approach the holiday season in the later part of the year.” Commented Dr. Johannes Schlingmeier, Co-founder and CEO, Container xChange.

“The all-time high in cargo congestion at the US West Coast ports are a result of the global supply chain disruption and its domino effect. The ever-higher imports owing to higher demand, grappling with the infrastructural and human resources struggles are further adding to the stratospheric congestion which is ultimately leading to further delay in vessel arrival.” pointed Christian Roeloffs, co-founder and CEO, Container xChange.

It also indicates that in the coming months, which are the most crucial months for the industry, there will be higher demurrage and detention charges, higher spot rates and surcharges and intermodal delays before it finally settles.” Added Mr. Roeloffs.

High import levels are driving this surge in congestion as retailers stock up ahead of the holiday season. The below graph shows the year-on-year trend of the inbound vs outbound containers over the past three years, a statistic from the CAx.

There is an average increase of 60% in the CAx values during the month of August 2021 as compared to the same time period in 2020. This shows the inbound containers at the LA port has increased 60% from the last year during the same time last year. 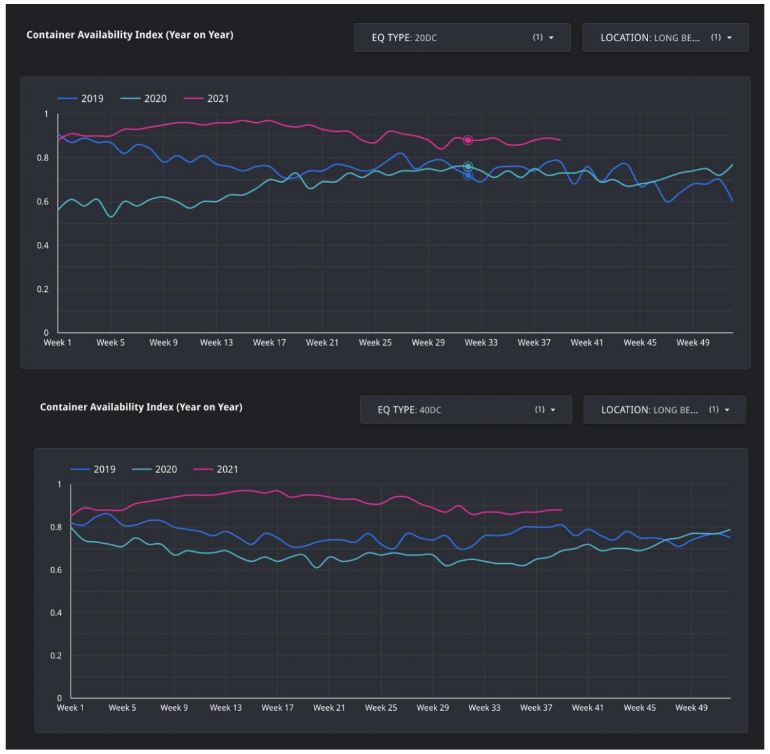 Container availability index (CAx) for the port of Los Angeles is at 0.88 and 0.90 for 20DC and 40DC respectively, where 0.50 is the balance of inbound and outbound containers and anything greater than 0.50 represents surplus of containers at a port and vice versa. This is the highest CAx at the ports observed over the past 3 years. (Index values appended below for the port of Los Angeles)

The data corroborates well to the coming holiday season congestion chaos. We must expect delays in shipments further beyond the holiday season as the industry grapples with the bottlenecks of shipping logistics and container availability. The shipping woes are here to stay and so are the delays in our holiday gifts. For users, it means booking much in advance, even if it means paying extra.
Source: Container xChange

Previous: UK PM Johnson raises taxes to tackle health and social care crisis
Next: What’s Next for the Demolition Market, After a Summer of Record Prices?