The dry bulk market is reliving the “glory days” of 2008, in terms of freight rates. According to shipbrokers, the positive fundamentals are set to maintain the upwards momentum. In its latest weekly report, shipbroker Allied Shipbroking said that it was “a fairly volatile week for the dry bulk market, evident by the dramatic shift in direction noted in the Capesize market, as the downward correction which has been evident since the end of August suddenly paused and made a 1 day jump on Friday of just over US$ 5,000 on the average TCE Index rate. In part this may well be due to the developments that emerged early on in the week in Guinea, where the coup that took place during the previous weekend started to threaten the country’s exports and mining operations”.

According to Allied’s Head of Research & Valuations, Mr. George Lazaridis, “Guinea is not yet such a major player in the dry bulk market, but it is home to one of the world’s richest iron ore deposits (heavily invested by Rio Tinto and China Hongqiao) and accounts for close to a quarter of global bauxite production (a raw mineral processed to make aluminium). Yet the political developments in the country have had much further reaching effects, largely thanks to the already hefty strain being felt across global supply chains. Activity in commodities such as iron ore and coal was already ramping up before the coup took place, while the extra uncertainty seems to have driven trades forward in an effort to bypass any severe price spikes that may spill over. 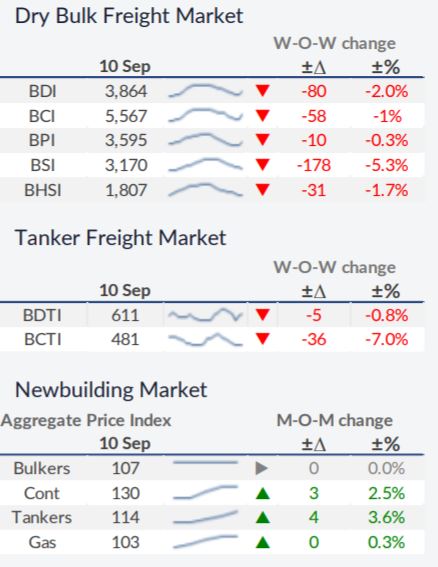 Lazaridis said that “all this seems to have further boosted the dry bulk shipping market which has already been facing considerable strain on the supply side, thanks to the huge port congestions, poaching of available tonnage from other sectors (containers), as well as over stretched global supply chains and other covid related disruptions. Given that most of these effects feeding the positive market cycle would typically be expected to be relatively short-lived, what true potential is left to really keep freight rates at such extraordinary levels in the long-run? For the time being it doesn’t seem to matter all that much”. 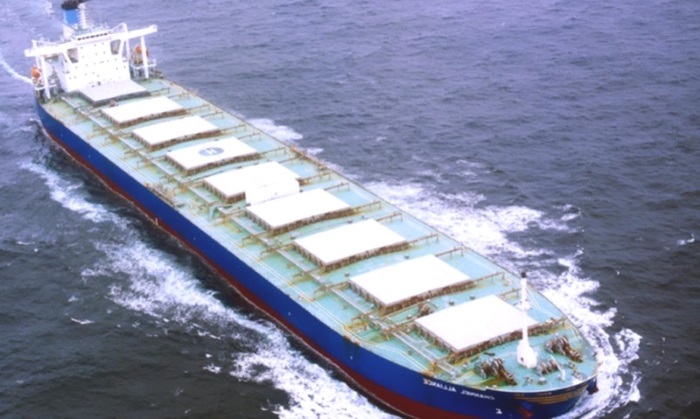 “With freight rates running at such historical highs (and some finding parallels to the start of the 2003-2008 market boom), the market as a whole looks to be in a state of euphoria despite the high level of uncertainty and volatility at play. What could possibly make this mix dangerous is the fact that we are slowly seeing a major shift by investors globally away from mainstream assets such as stocks and bonds and towards physical assets (property, infrastructure, commodities etc.). This is in an effort to find shelter from the rising inflation which reduces the present value of future earnings and coupons and which typically bolster consumer growth and demand for physical assets with short-term inelastic supply. This could amplify a “flocking” of investments into shipping assets as well, which would inevitably drive asset prices even higher and could possibly start to inevitably lead to another expansionary supply period through increased newbuilding activity (that is, given that slots start to become available)”, Allied’s analyst said. 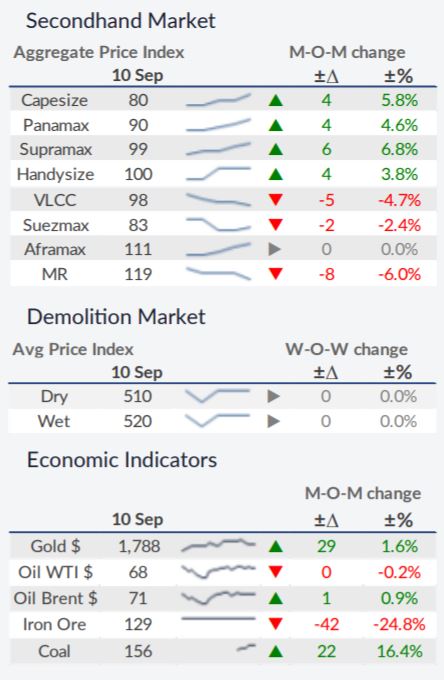 Lazaridis concluded that “this period of growth in asset prices, that looks set to continue taking place in the short-run at least, leaves room for plenty of opportunity. Yet it also creates tremendous risks. Given the rate at which we have seen asset prices rise in the year so far and the level of euphoria, there is growing concern of a potential for the secondhand market to considerably overshoot what current earnings imply, leaving many once again exposed if the “music stops” early. Given the current level of uncertainty and lack of robust long-term fundamentals in support of the current freight boom, means that we are quickly moving towards a market regime favouring very high-risk lovers. To what extent such strategies will be able to pay off in the long-term is anyone’s guess right now”.
Nikos Roussanoglou, Hellenic Shipping News Worldwide