Two years ago, the Panama Canal faced an unprecedented dilemma. After months of unusually dry weather, rainfall at the waterway dropped to roughly 90 percent below the historical average in December, making 2019 one of the driest years ever recorded.

December 2019, however, marked just the start of the region’s dry season, leaving the Canal with the daunting challenge of making its water supplies last. Protecting its customers and community in the months ahead would require finding innovative solutions to reinvent its use of water.

Now, two years later, the dry season still represents a challenging annual undertaking for the waterway, as its operations must shift to ensure water saved during the rainy season can support customers and Panamanians for the months that follow.

However, the Panama Canal is in a very different situation today than it was two years ago. Despite March being the middle of the dry season, the waterway has been offering customers its highest draft level. The Canal can also confirm that a steady draft will remain in place through the end of the 2022 dry season, reaffirming the success of the water-saving measures introduced in 2020.

“Conserving water resources is non-negotiable — our country and our customers depend on the Panama Canal saving as much freshwater as possible,” said Panama Canal Administrator Ricaurte Vásquez Morales. “Our team’s careful management of water is now a leading way we provide value.”

In the coming years, climate change is expected to cause further disruption to water resources. Therefore, to guarantee a reliable service, the Canal has readied procedures, technologies, and long-term investments to safeguard the route for years to come.

The Continued Value of Water-Saving Measures

The Panama Canal and water will always be intrinsically linked — the Canal’s water reservoirs are the main source of water for the transit of more than 13,000 ships carrying over 516 million Panama Canal tons (PC/UMS) last fiscal year, as well as for more than half of Panama’s local population.

During the 2019 drought, the Canal responded by introducing measures designed to safeguard operational draft and maintain a certain level of reliability for its customers. These measures included a freshwater surcharge, transparent data sharing of Gatun Lake levels, and adjustments to its reservation system designed to make Canal transits as water efficient as possible.

The waterway supplemented these measures by implementing tactics to conserve water used in its operations throughout the dry season. For example, the Panama Canal has been implementing cross-filling lockages, a technique that sends water between the two lanes at the Panamax Locks during transits and saves an amount of water equivalent to that used in six lockages each day.

Within three months of implementing these changes, lake levels stabilized. By September 2020, the Canal was able to offer its highest draft at the Neopanamax Locks, 50 feet— a significant increase from the 43 feet available a year earlier. 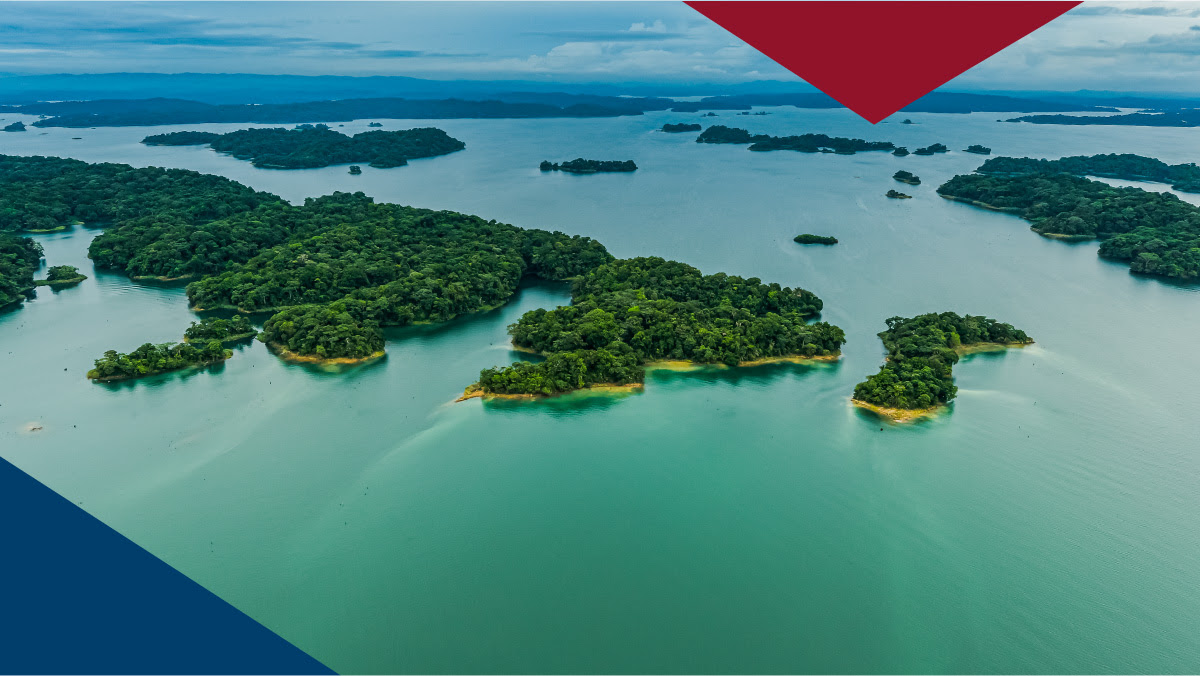 Despite experiencing more precipitation this dry season, the Canal continues to use water-saving practices. As a result, the team was able to delay two draft adjustments in March 2022 alone, allowing customers to continue benefiting from the maximum draft of 50 feet.

Nonetheless, the Panama Canal expects shipping lines will continue to consolidate more cargo on fewer vessels due to dramatic shift in global supply chains, which have become even more volatile since the COVID-19 pandemic. This trend will bring heavier, larger ships to the Panama route, underscoring the importance of safeguarding this operational draft moving forward.

Advancing Investments to Guarantee Reliability for Decades to Come

To adapt to future industry and consumer trends, the Panama Canal is moving promptly on its ambitious plans to build a water management system, which will encompass a series of projects designed to ensure an ample long-term water supply, while protecting the environment and accounting for climate change variabilities. The system is expected to require an investment of up to $2 billion, making it the waterway’s largest infrastructure update since the Expanded Canal.

The Canal currently aims to finalize the conceptual design work by 2024, with the goal of completing the portfolio of projects in 2028.

“We can no longer accept water as a readily available resource. To safeguard our customers’ business growth, as well as international trade and the livelihoods of millions of people, we must make significant investments in resilient solutions now,” said Dr. Vásquez Morales. “This project, and the ongoing efforts of the Canal, will reinforce our role as a steady partner for our customers and as a driver of economic progress and environmental stewardship for the years to come.”
Source: Panama Canal Authority

2022-03-31
hellenicshippingnews..
Previous: HOT PORT NEWS from GAC
Next: Update on Talks on Potential Combination of Keppel O&M and Sembcorp Marine