US Group II base-oil exports pressured by Laura, over 40% of capacity offline

The storm’s projected path targets the heart of US refining capacity, and three major base oil production sites are at risk of potential damage. Supply could be limited, depending on how long the plants are down.

Motiva and Excel Paralubes have shut their complexes, taking 42% of US Group II base oil refining capacity off line (inclusive of re-refined base oil), according to the ICIS Supply and Demand Database.

Motiva is in Jefferson county, Texas, and Excel Paralubes is in Calcasieu parish, Louisiana, both of which are under mandatory evacuation orders.

An outage at Baytown would boost affected Group II capacity to 54% of total US Group II supply, and would leave Chevron’s two refineries in Richmond, California, and Pascagoula, Mississippi, as the only major Group II suppliers still operating. 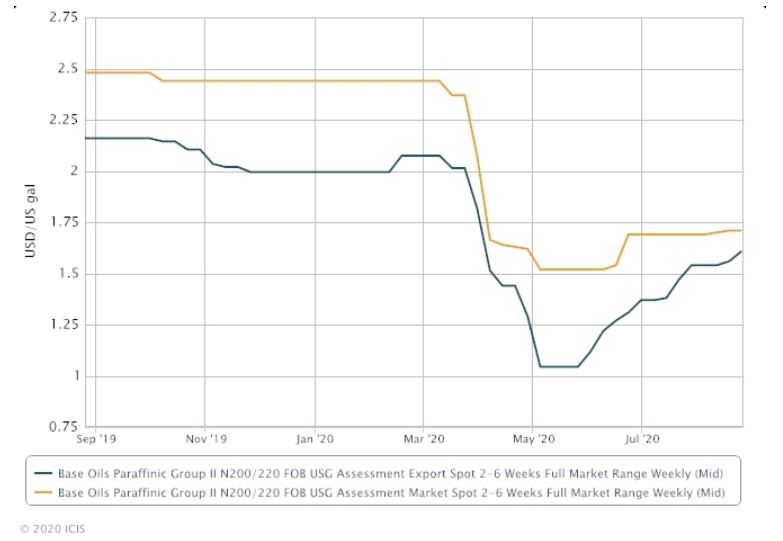 While the US is no longer dealing with significant oversupply, suppliers have been managing any length through cargoes to regions with stronger demand, most notably India, Africa and Brazil.

Group I production has been limited in Brazil since June, so buyers have been actively seeking Group I and II material.

India is the strongest market, and pricing to the region has been workable at the higher end of ICIS ranges, despite the higher freight rates it would take to import from the US instead of from Asia.

Several thousand tonnes of Group II are lined up to head to the region in August amid an open arbitrage window.

Below is a list of fixtures from the US since June: 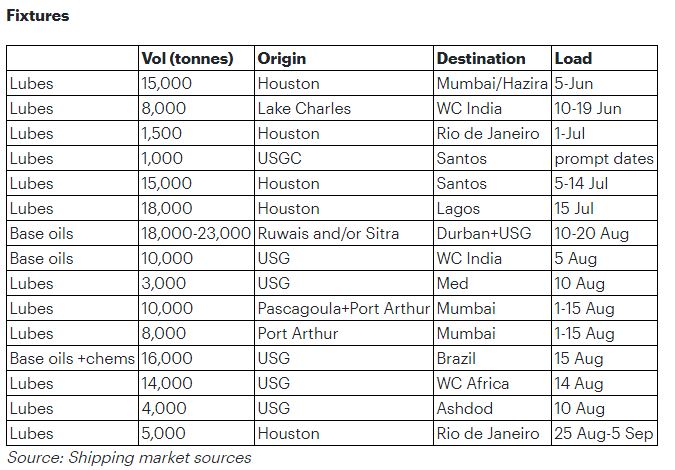 Outages in the US Gulf could pressure spot export pricing higher, but demand for US material is likely to remain strong.

Supply is snug in India and the Middle East amid shortages of material from Asian and Middle Eastern suppliers.

One Middle East supplier is experiencing production issues, according to market sources.

This could keep demand for US material strong through September, despite rising prices and the higher freight rates from the US Gulf. Additionally, Indian demand is expected to strengthen after monsoon season.

Base oils are used to produce finished lubes and greases for automobiles and other machinery.
Source: ICIS by Amanda Hay (https://www.icis.com/explore/resources/news/2020/08/26/10545375/us-group-ii-base-oil-exports-pressured-by-laura-over-40-of-capacity-offline)