Product Tankers Among the “Winners” Of Today’s Market

It’s not only VLCCs crude oil tankers benefiting from the oil market disruptions. Product tankers are also among the beneficiaries of the current market situation. In its latest weekly report, shipbroker Gibson said that “globally the products tanker market is seeing record freight levels in most trading regions. The main support factor appears to be driven by a lack of shore storage and port delays. The storage problem is unlikely to go away any time soon, with high inventories and weak demand expected to persist until at least June, if not beyond. Refiners are cutting runs as quickly as they can, but seemingly not quickly enough. Some refineries have been shut completely or extended their maintenance programs. Globally, floating products storage looks set to rise in the coming weeks as traders and refiners grapple with a seemingly endless surplus. Whilst this trend continues, product tankers look set to ride a bull market”. 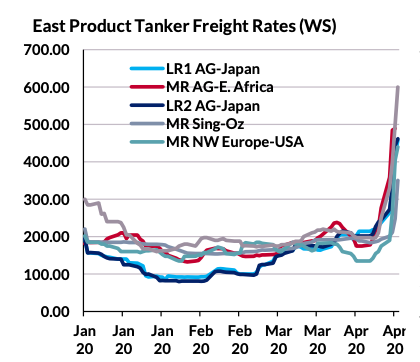 According to Gibson, “East of Suez has seen a big products export push from the Middle East and India. Despite little demand for jet fuel globally, regional refiners have been pushing cargoes to the international markets. Jet fuel and diesel appears to be mostly heading West, whilst naphtha is finding a home in the East. In the Far East, naphtha demand has been relatively stronger compared to other products, with a number of petrochemical producers increasing their intake as the economics of cracking naphtha outweigh those of LPG, which has seen prices hold up better due to domestic consumption. However, the region too is grappling with its own storage issues. In Singapore shore-based storage capacity is extremely tight. If this is taken as a barometer for the entire region, then further floating storage and discharging delays are likely”. 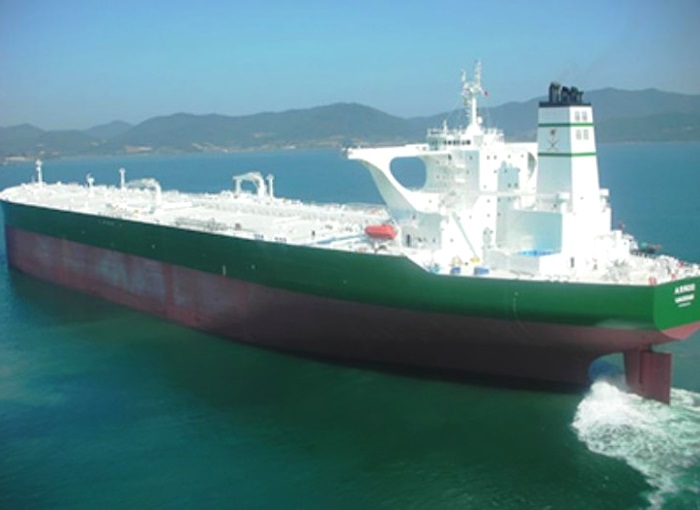 The shipbroker added that “in Europe, refineries are also being forced to push surplus products to the export market. In the north, Amsterdam-Rotterdam-Antwerp stocks data shows that land-based capacity remains, despite increases in inventories in recent weeks. However, this paints a misleading picture. Although it appears that physical space is available, the capacity that remains is reportedly fully booked. In the Mediterranean, little data is available for storage levels, although traders and storage operators have predicted that all physical space in the region will be full by mid-May. Similar to Northern Europe, the capacity that remains is likely to be already committed. Widespread port delays due to Covid-19 are also causing delays in the region:.

Gibson added that “in the Americas, widespread ullage issues are being reported. Long delays have emerged across the Caribbean, including Mexico. Further south, waiting times in Brazil are said to be 2-3 weeks. On the West Coast, delays of up to a month are being reported in Chile. These delays are creating major issues in terms of tonnage supply and are likely to persist for weeks, if not months. With demand collapsing across the region, products here could also be pushed increasingly to the water in the coming weeks. More cargoes could be exported out of the US Gulf as domestic demand remains weak, potentially strengthening rates further”.

“Extreme rate volatility is likely to remain going forward. At such high levels it is impossible to say whether rates can hold their current ground. However, from a pure vessel supply perspective, the situation doesn’t look to be improving in the short-term. The end game will come when the oil markets move closer to a supply/demand balance. When that might be is far from certain”, the shipbroker concluded.
Nikos Roussanoglou, Hellenic Shipping News Worldwide

Previous: Dry Bulk Market: Capesizes See Strong Demand in the Brazil to China Routes
Next: The global economy was shattered before the coronavirus